Around the block: The UXO Museum 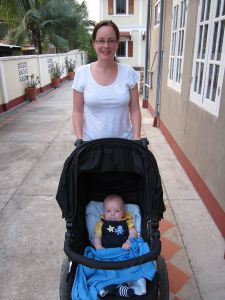 So I’m starting a new theme on the blog here called “Around The Block”. Some days I get to 11am and find Dominic looking at me and I swear he’s wondering whether it would be possible for me to get any more boring. So most days we take grateful advantage of the cooler weather here at the moment and go for a walk.

Last week, as I was walking him around the block, I thought I should take a camera and give you some glimpses of things we find on these daily perambulations. Today we’re going to start with the UXO (unexploded ordinance) museum, which is just around the corner from our house. 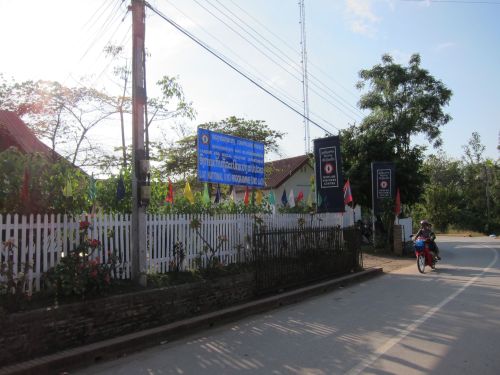 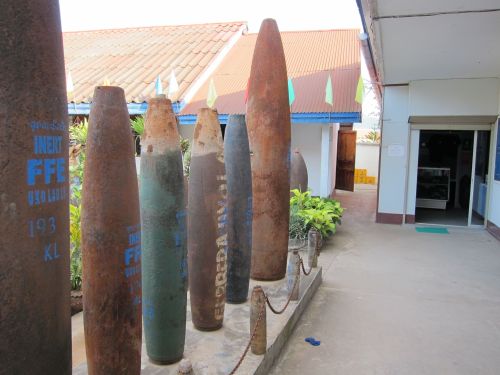 Some facts about UXO in Laos…

Per capita, Laos is the most heavily bombed country, in history. Despite the fact that Laos was not officially involved in the conflict, more than half a million bombing missions were conducted over Laos during the Vietnam War in an effort to disrupt the supply lines between north and south Vietnam. During these missions, the US Airforce dropping 270 million bombs on Laos.

Up to 30% of these bombs failed to detonate.

About 80 million unexploded bombs remain in the ground, and about 25% of villages in the country are contaminated with unexploded ordinance. 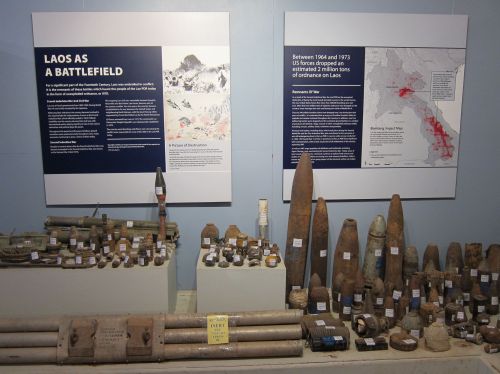 Most of this UXO is related to cluster bombs. A cluster bomb is pictured below. Just one of those little balls can injure or kill a person. 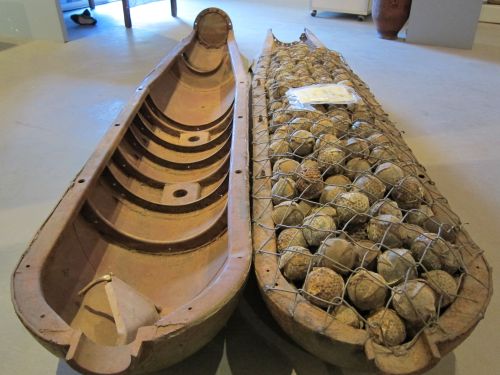 Most years someone is injured or killed every day in Laos by UXO. Last year, however, the number of UXO accidents dropped to one injury or death every two or three days. Most accidents happen when children pick up these little balls, or when farmers disturb them while they’re planting or harvesting. 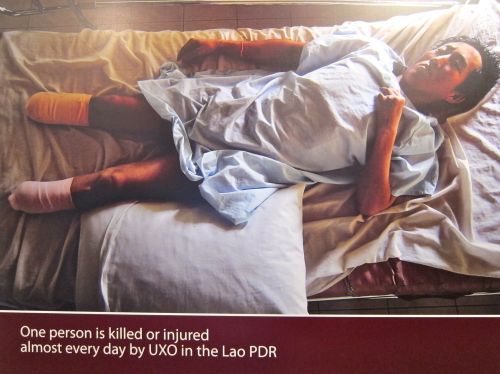 UXO Lao employs over 1,000 people and needs on an average US$6.5 million to cover operations every year. 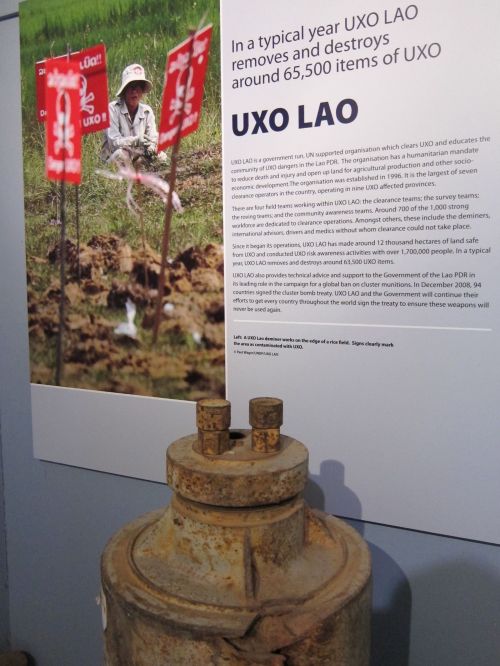 No funny stories to end this post, just a link to the UXO Lao donation page. You can see that they’re not exactly up to speed yet in terms of web presence or leveraging international support, so if you would like to donate to UXO Lao feel free to write to me and I’ll try to help you figure out how best to do that.